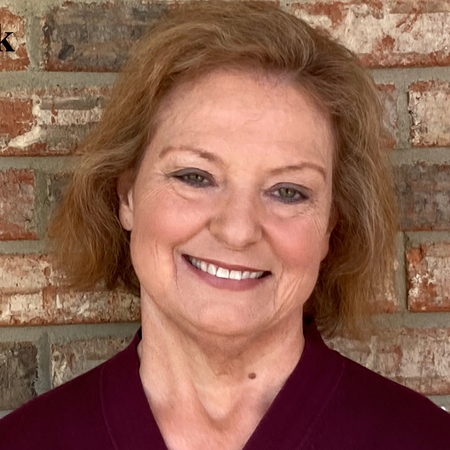 The real revelation of this production is Jennie Brick, whose Fräulein Schneider is a stunning depiction of a practical, level-headed, even drab, old woman who is doing her best to survive in Depression-era Germany. Her “So What?” is done in such an off-hand manner that she emanates defeat and resilience simultaneously, and practically sets the tone of the evening in perfect counterpoint to Gonzales’s thrilling “Willkomen.”

As Fraulein Schneider and her love interest, Jewish fruit vendor Herr Schultz, Jennie Brick and Louis Parnell exhibit a natural chemistry, and the sincerity of their affection provides a genuine sense of heart that stands in contrast to the relationships of convenience or necessity of some of the other characters.

Brick gives Marilyn a sublime impassivity; the way she incessantly sucks from a sippy cup, it’s as if Marilyn has to slurp in order to keep her brain stem functioning.

Between Us: Pussy Hat, TheatreFIRST February 2018

As she questions both her own orthodoxies and those of the far left, Brick so finely modulates her delivery as to etch out every bend and rapid in a stream of consciousness. It’s not enough to occupy space already carved by your forebears, she says. Her task now is “creating space for others.”

Jennie Brick shines as Mrs. Reynolds, a force of nature as she rules the roost, both over her charges and the head of the household. She knows her place in the pecking order but possesses a strength and intelligence that belies her station. When given any accolade, she's prone to saying, "praise slows me down," yet she knows her importance in keeping the ship afloat.